The modern global food system has food grown in one place, processed in another, and consumed somewhere else again often thousands of miles away.

However, such long food chains make food system very sensitive to possible obstacles in supply chains over long distances, bring production costs up and increase resource use and carbon footprint of the food.

When Russia attacked Ukraine, in the first two or three weeks many products simply disappeared from Ukrainian shop’s shelves, exactly because of the disruption of these supply chains that the war brought. For example, flour and yeast have become scarce. This was due to the need to bake bread, which had previously been backed by large producers and supplied to the shops sometimes hundreds of kilometers away.

Once the fighting made such deliveries impossible, people and local businesses began to bake bread on the locally, creating increased demand for yeast and flour.

We also encountered supply disruptions due to the physical destruction of logistics hubs, like the destruction of food storage warehouses near Kyiv in March 2022. On the other side, many producers were unable to deliver food produced to long-term business partners. Many farms simply gave away their produce to the local residents, as they could not even ensure its safe storage due to the accumulation of large quantities of products in the condition of power outages and the inability to reach customers (as happened, for example, at the Chornobayevska Poultry Farm).

And in the village’s chats, i saw messages about sale of raw milk from cans in the packaging of the buyer – a desperate call from farmers in conditions when local farms had nowhere to store their products, usual wholesale buyers could not buy and transport milk from the farms, and cows had to be fed every day and it would be nice to pay something to the workers. Probably, such farms were able to overcome the problems by establishing local services for the local population, that needed the food and was suffering from broken logistics as well.

Also, small village food shops, which usually had very little on offer, at that time had become way better stocked than big supermarkets and had cheaper food on sale as they were able to sell food from local producers.

Which illustrated that local food systems are less sensitive to fluctuations in energy prices and to disruptions in food chains elsewhere.

Therefore, the transition to local food systems can ensure not only stable income for local producers, lower the food price and its carbon footprint, but also improve the quality of the food available locally (due to lesser processing and storage need) and improve food security on local and regional level. 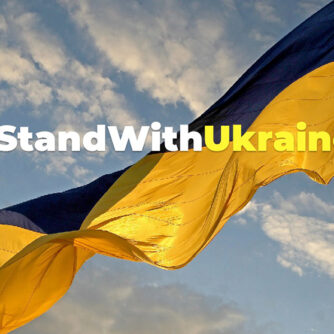